Allison Agsten is a curator and cultural organizer. As Director of The Main Museum, an institution noted for its commitment to access and community, Agsten pioneered a program centered on an artist residency program rather than a permanent collection. Previously, as Curator of 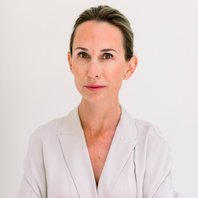 Public Engagement at the Hammer Museum, she developed a precedent-setting program devoted to creating an exchange between visitors and the museum through works of art. Prior to her time at the Hammer, Agsten was Director of Communications at the Los Angeles County Museum of Art (LACMA), spearheading key institutional initiatives related to accessibility. Agsten began her career at CNN, covering the arts, entertainment, and financial news as a producer in the Los Angeles bureau.

"For the last ten years, Los Angeles has been heralded as the creative capital of the world but an erupting affordability crisis threatens to diminish that status. In a survey of 763 artists conducted for this report, 89% stated that affordability of housing in Los Angeles County is a serious concern. 90% said the same of workspace affordability. When paired with data on incomes, it is clear the majority of Los Angeles area artists struggle to pay rent: 57% reported incomes of $50,000 or less a year. With median rents in Los Angeles at $1,369 for a one-bedroom as of August 2019, these artists are "cost burdened;" anyone who pays in excess of 30% of their income in rent, according to the Department of Housing and Urban Development. Those who are cost burdened often have difficulty paying for basic necessities like food, clothing, transportation, and healthcare. Worse still, the rate of present day and recent homelessness amongst artists surveyed is more than three times that of the current rate of homelessness in Los Angeles County..."

Click the image below to continue reading Agsten's completed report: (Re)inventing the Dream: Policies and Practices for Keeping Artists in Los Angeles. 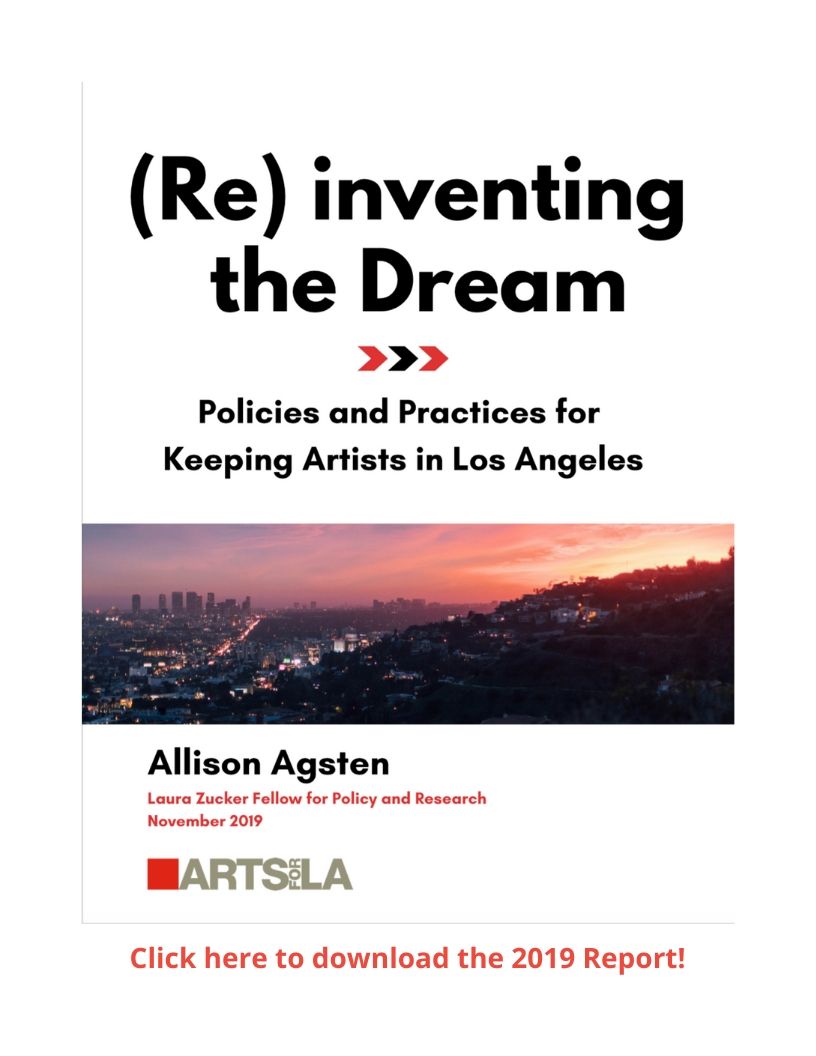